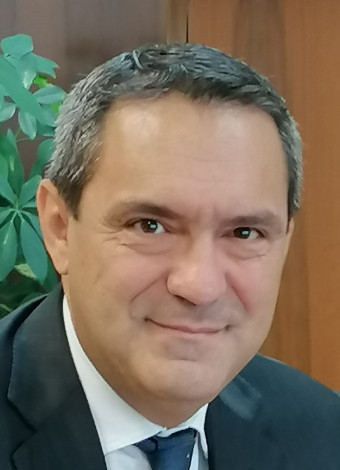 Professor Konstantinos Masselos was appointed as the President of the Hellenic Telecommunications & Post Commission (EETT) in February 2018 and his mandate was renewed in February 2022. He was elected as President of the Body of European Regulators for Electronic Communications (BEREC) for 2023 and also Vice-President for 2022 and 2024. Moreover, he served as Vice-President of BEREC in 2019. He is a Professor in the Department of Informatics and Telecommunications of the University of Peloponnese and he served as Rector of the above University during the period 2012-2017. From 2005 to 2008 he was a Lecturer in the Department of Electrical and Electronic Engineering at Imperial College London. Also during the period 2010-2016 he was an Honorary Lecturer in the same Department. From 2001-2004 he worked in the telecommunications industry. Since 2005 he has been collaborating as an expert with various units of the European Commission. Also, he was a member of the Scientific Committee of the European Cooperation in Science and Technology (COST) from 2015 to 2017.